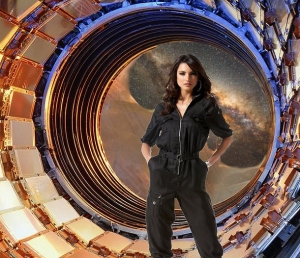 Dr. Wye – a character in the “Contact” television series.

The Exodemic blog explores science fiction stories that are set in the Exodemic Fictional Universe.

I enjoy collaborating with other writers to create stories. If you want to join me for some collaborative fiction writing, let me know!

Some of my fiction projects: 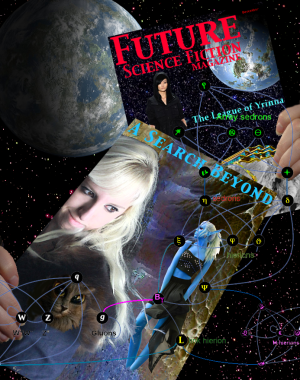 The Exode Saga is recursive investigative science fiction. A team of Retrofuturians created and crafted the science fiction genre within the Ekcolir Reality. Now, due to the momentum of Time, the Dead Widowers, here in the universe as we know it, find themselves constrained to follow the lead of the Retrofuturians and investigate the mysterious origins of the human species.

The first book in the Exode Saga is called A Search Beyond. The artificial life replicoid of Isaac Asimov returns to Earth, 25 years after the untimely death of the biological Asimov. 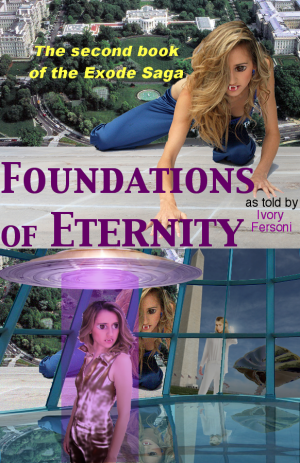 The Asimov replicoid soon learns that he has been recalled to Earth in order to to investigate the Reality that existed in Deep Time just prior to the Ekcolir Reality. In that Reality, the humans of Earth were provided with a gift by space aliens: the gift of interstellar space-drive technology. Of course, that gift amounted to a serious violation of the Rules of Intervention.

No problem! Everyone involved had agreed that a Reality Change was coming, so the entire Asimov Reality would ultimately be erased and forgotten. But then a funny thing happened. The science fiction story writers of the Writers Block refused to forget about the events of the Asimov Reality. 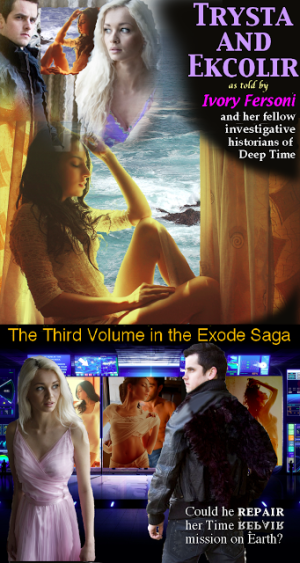 That little “bug” in the system soon became the critically important feature of the Final Reality that allowed for the Trysta-Grean Pact, a negotiated end to the Time Travel War.

Using the knowledge of human genetics and femtobot endosymbionts that had been gained in the Asimov Reality, a new type of Sedronite was crafted by the pek. These new creatures, the Ek’col, became the tool that could allow a select set of Asterothrope genes to be inserted into the human population of Earth.

The prototypical Ek’col was a male named Ekcolir. He was designed and crafted for one mission: to go to Earth and melt the heart of Trysta, the last Asterothrope. Tyrysta and Ekcolir, the third book of the Exode Saga, tells the story of how Ekcolir was able to win Trysta’s heart and allow her to start collaborating with Grean the Kac’hin on their new joint goal: design and creation of the Final Reality. 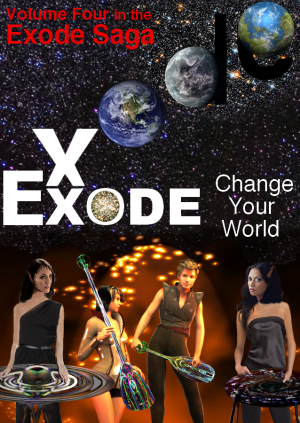 Just before the Final Reality, Parthney the Interventionist was sent from the Galactic Core to Earth. As told in Exode, the 4th book of the Exode Saga, Parthney would be present on Earth at the time of First Contact, when the Buld spaceship finally arrived in the Solar System after its 15,000 year long voyage from the Galactic Core.

With the arrival of the Buld on Earth, the time had come for the alien Huaoshy to change the Dimensional Structure of the universe and put an end to time travel. Now, locked into the invariant timeline of the Final Reality, the Dead Widowers need to investigate the hidden secrets of Deep Time and the past Realities of Earth in order to find clues that what will guide Humanity into our dangerous future. 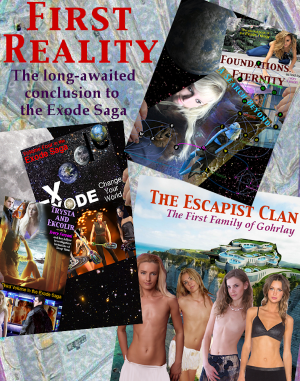 The First Reality is the story of the Escapist Clan, the first human science fiction writers, and how they struggled against the pek plan to replace the humans of Earth with Prelands.